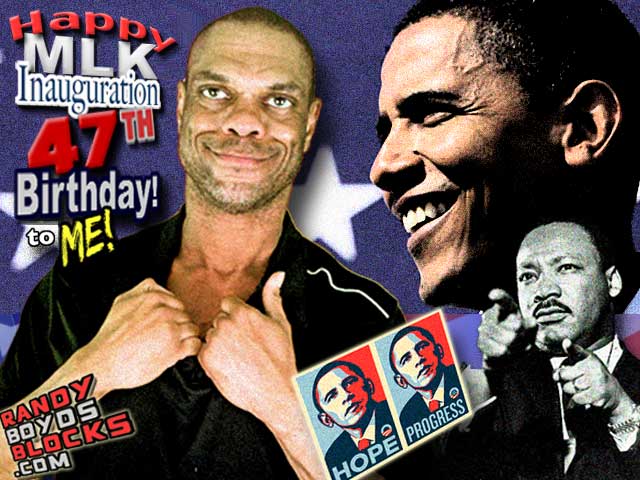 On January 17, 2009, I celebrated my 47th birthday. For the first 23 years of my life, I lived without HIV/AIDS. For the last 24 years, I’ve lived with HIV/AIDS. I’ve now spent more than half my life being what I once tabbed “my generation’s worst nightmare” (death by AIDS).

It’s been over two decades since the day I found out I was HIV-positive in 1985 at the age of twenty-three (the same day as Rock Hudson’s Sexual 9/11). As I celebrate birthdays I once thought I’d never live long enough to enjoy, so too do I celebrate the impossible dreams and miraculous accomplishments of men like Dr. Martin Luther King, Jr., and Barack Obama.

Thank you, Dr. King and President Barack Obama … I’d also like to thank science, my family and friends, my dog, my doctors, my health care workers and America for your amazing, impossible-dream-come-true birthday gifts.