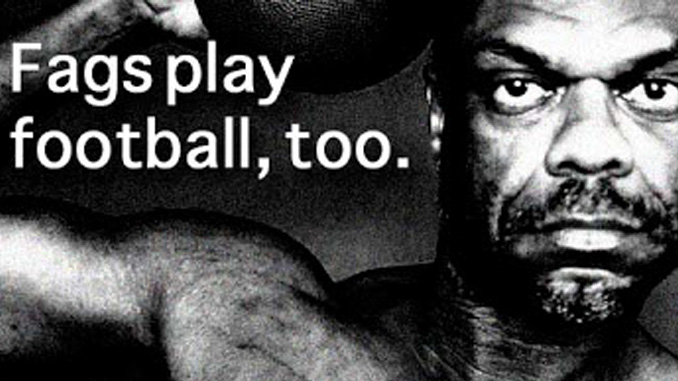 Many pro athletes act as if all pro athletes are 100% heterosexual 100% of the time. Yeah, right. And all priests are raging celibates; no policeman or fireman has ever sucked dick; no married politician has ever been fucked in the ass; no American soldier has ever tossed his buddy’s salad; and of course, no pro jock has ever fallen in love with another man.

“It’s called being a man, and with rare exceptions, there are only two kinds of them.”

Get real, America. People and people’s sexuality come in as many varieties as people. So what makes a man gay? If he doesn’t stop jacking off with his frat bros and embark on a life with a wife and kids? What makes a man straight? Because he says so? Because he only fucks around with other men in adult bookstores?

When I was a lonely teenager looking for love and sex in late-1970s Indianapolis, I turned to bathhouses. I was a scared kid, so I only went at off times, usually weekend afternoons. Saturdays and Sundays were popular with married men. Many would casually admit to telling the wife some variation of, “I’ll be at the hardware store.” During that time, I came across more married men with backed-up plumbing than “gay” men looking for fag sex.

This kid knows very well what married men do. 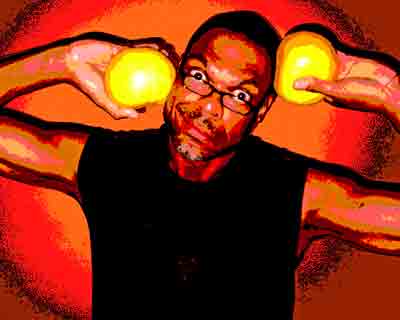 It’s time for the naivete and delusion to end, time we stop kidding ourselves and start being honest about what men are: descendants of the great apes capable of fucking a grapefruit if the moment is right.

I call it the Grapefruit Theory. Sure, a man can check a box on a census survey that says he straight. He can even rack up an impressive list of female conquests. He can be known as the stud of studs. He can be the toughest, most vicious linebacker or best home run hitter in the business. He can even be a fervent champion of anti-gay rights.

The fact remains, what’s straight can be bent, and what’s bent can be straightened out to look like something different altogether.

Just as in the halls of Congress, the locker rooms of America are filled with men who say they’re one thing, but in reality, what they really are is “one thing at a time.”

As in: “I’m straight when you see me delivering a commercial or chest-bumping on the field, but sometimes, when you’re not looking, I’m not so straight the way you think I am.”

It’s called being a man, and with rare exceptions, there are only two kinds of them: men who admit to having sexual relations with other males in their lifetime, and men who aren’t brave enough to admit it (or act on their true nature to want to have sex with everything).

So as you’re watching the warriors of today do battle on the playing fields of America, just remember: some of the warriors are going to have sex with other men after the game. Play on!