Breaking news, World: black men can be presidents of countries outside of Africa, and perhaps even more shocking, black homo authors have romantic and sexual dreams, just like other human beings!

No, a socially-retarded black faggot learns to create worlds in his own mind, worlds where he is loved, cherished, respected and valued, worlds where he’s allowed to be himself, queeny, manly, faggy, masculine, vulnerable, strong, relaxed, smart, funny and even, believe it or not, sexual.

If the socially-retarded black faggot is fortunate, he’ll learned to be a storyteller, he’ll get an education, his name will be Randy and he’ll live long enough to show the world his dreams with stories and pictures …

… which is exactly why I’m so freakin’ glad I’m me, a once socially-retarded black faggot who’s so much more than the sum total of the negative dreams provided to him by the world. Now, I got books and blogs to show the world all that I can be, brainy, funny, angry, thoughtful, even, believe it or not, sexual. 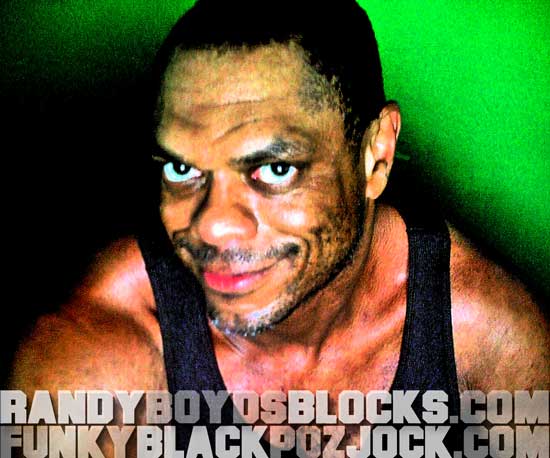 To the minds of the world that do not want to imagine a black man loving himself and dreaming of loving other men: caution, my whole other blog is not for you.

To the rest of the world: hey, I gotta nut, too! I even dream of nuttin’ someday with a very special buddy. If you wanna check out the dreams my body dreams up when my brain’s not working on the rest of life, visit the fun and funky world of the Funky Black Poz Jock.